When i was a kid, i used to point at random cars and go, “That one looks sad!  That one looks like a racoon!  That one’s got doe eyes!”  I was referring to the “faces” of the cars, with the headlights for the eyes, the license plate for the nose/snout, and the grille for the mouth.

The 1999 Ford Taurus always looked like a laughing baby to me: 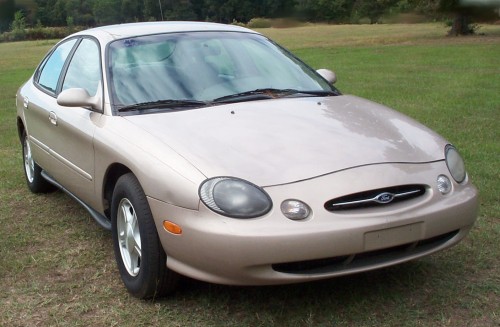 Look at that smooth brow, bubbly eyes, and wide grin.  Compare its cuteness to the viciousness of the 2008 Honda Accord: 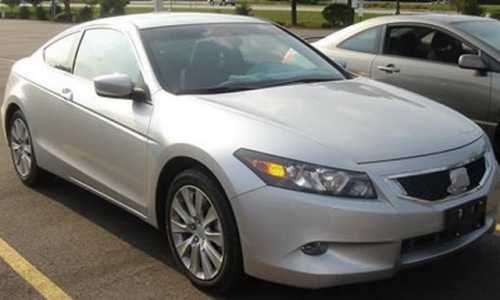 And to me, cars were two-faced; that is, the rear also had a face with the rear lights for eyes, the license plate for the nose/snout, and the bumper for the mouth/chin/jawline.

Look, this one’s bawling its eyes out:

And apparently, the car face perception is widespread.  The linked essay suggests that we see faces in many inanimate objects simply because “there are few things we look at that are more important to our well-being than other people’s faces.”  I don’t see much of a correlation there, but i do think children are more sensitive to faces because they are learning to read the emotions behind them.  Perhaps that’s why i saw life behind the many inanimate faces that filled my childhood home.  I used to have all my stuffed animals and dolls face the wall because i couldn’t sleep knowing that they were looking at me (my parents later solved the problem by putting a bookcase directly behind my headboard and relocating the dolls there so that they couldn’t see me and i couldn’t see them).  And i was petrified by my parents’ relics, especially these guys:

I could’ve sworn they were watching my every move with their pupil-less eyes.

Another relic that unsettled me was the hareubang, a type of statue indigenous to the Korean island of Jeju: 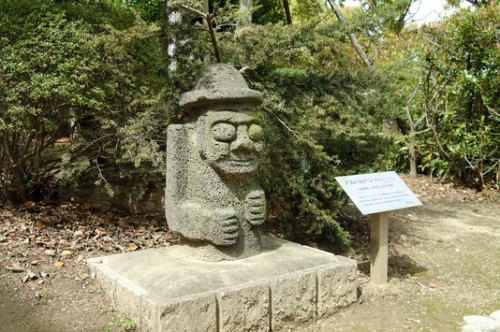 They must have left a mark on me when i visited the island as a two-year-old, because i remember waking up one morning maybe five years later and seeing one hanging from the clothes line.  My dad reassured me that it was only a sock, but i was convinced that it was a hareubang, and one that was out to get me.